It’s seven years in a row now. Cheree Jones helped to organize a crew of bushwhackers for the United Way Day of Caring, this time with the help of Liz Kisenwether. The project was again the golf course perimeter bikepath/jogging path, this time along the southwest edge of the Penn State Blue Golf Course along Blue Course Drive. Brush was also cleared at intersection of former railroad bed and road leading up to the Walker Clubhouse. The usual saplings, bushes, logs, branches, vines, and thickets had encroached on the jogging path.

The volunteers were: Keller Williams Realty, Kid Tech, the Penn State Women's Softball and Lacrosse Teams (around 60 volunteers from among these groups, including over 20 from each of the PSU women's teams), and Joe Hughes--Penn State Golf Courses PGA General Manager/Head Golf Professional, who helped tremendously with the planning and execution, and Liz and Jim Kisenwether and Cheree Jones. The crew cleared the way so that runners have a clear treadway and golfers can see runners so they can yell "fore!". The NVRC, as usual, chipped in to pay for some food and refreshment. Here are a few pictures, courtesy of Cheree Jones. 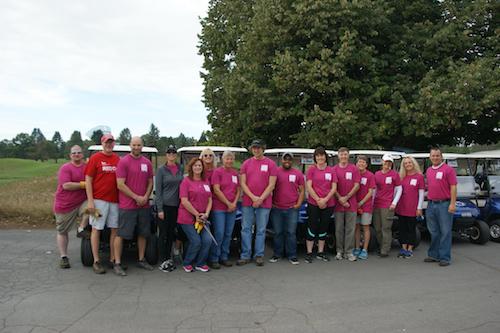 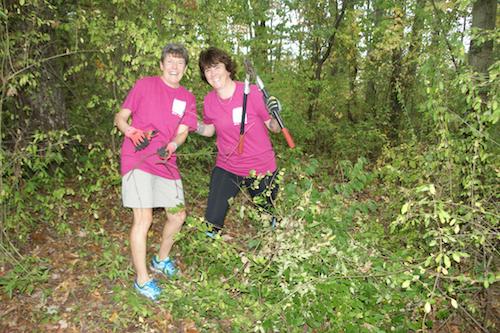 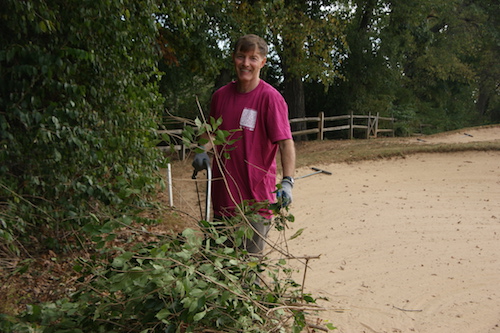 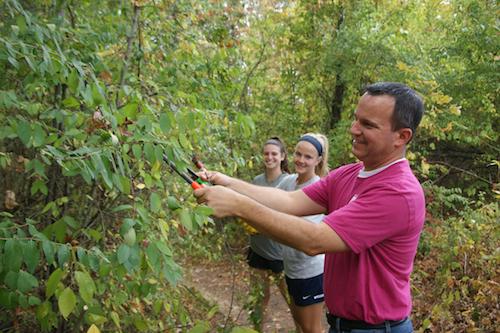 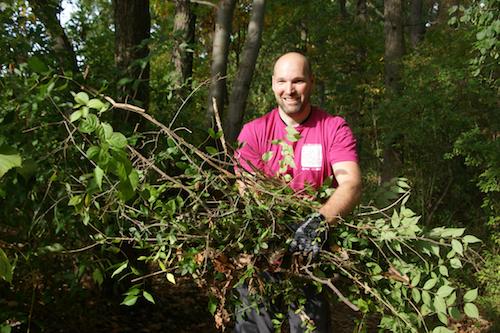 A Keller Williams helper with a big bunch of brush 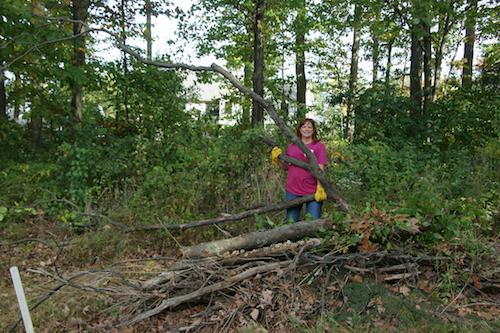 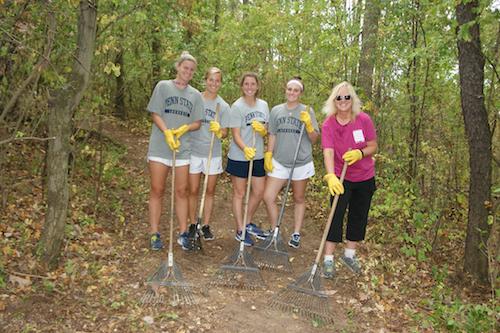 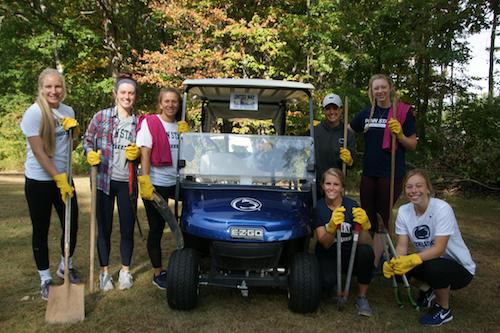 Lady Lion softball team members were ready to do some bushwacking 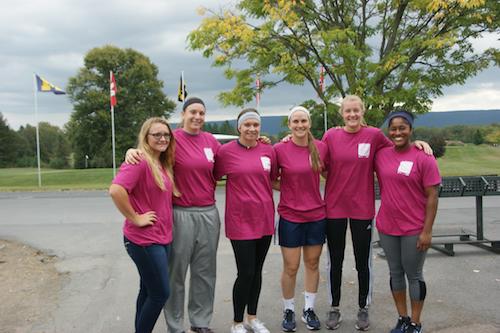 Some of the Lady Lions Softball helpers 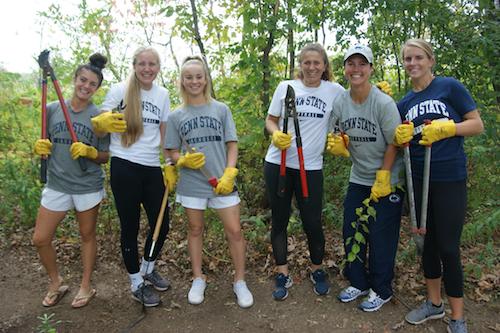 The Lady Lion Laxers and Softballers worked together 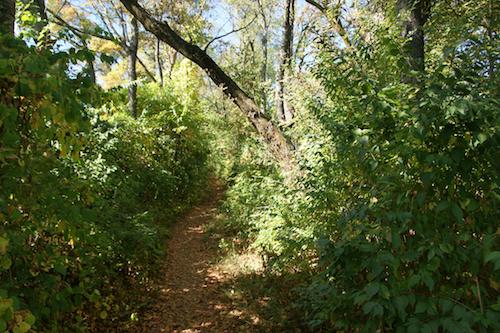 A before picture of the overgrown wooded path 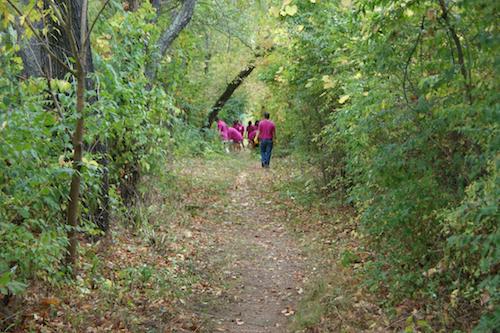 After picture from the other direction. The path is a lot wider! 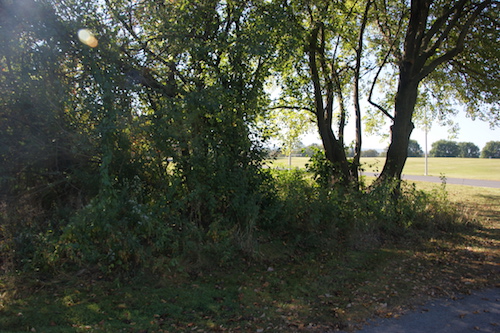 Another before pic showing low visibility near a golf cart path 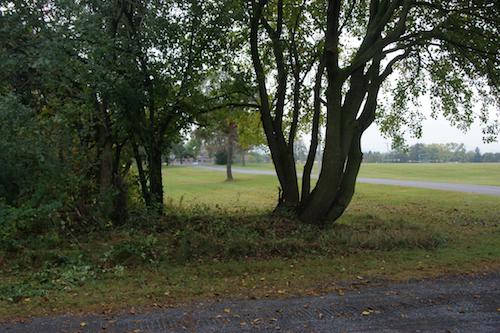 After the cleanup: You can see cart drivers. They can see you.