The 2022 United Way Day of Caring was held on October 6. The NVRC took part with another of their annual PSU Golf Course trail maintenance projects. Cheree Jones coordinated with Joe Hughes, Penn State Golf Courses PGA General Manager. The NVRC also provided lunch for the crew. This year the 11 volunteers included Jarod Stanton from Barton Associates, Tom Weller from Auntie Anne’s, Penn State Parents Council, Laura Gebhart, Lisa Love, and Miriam Powell from the Penn State Field Hockey coaching staff, as well as Joe Hughes, Cheree and Bob Jones, Janie Brown, and Liz and Jim Kisenwether. They cleared brush, especially from wooded segments of the trail, working tirelessly to make the trail safer. Sections of the trail were widened, outlets were created, and the grass leading to the entrances off of Blue Course Drive was cut. This trail has been a Centre County Day of Caring project for the NVRC each year from 2011-2022 (There was an informal small group of volunteers in 2020 due to the pandemic.) Here are some photos from the day of the project. 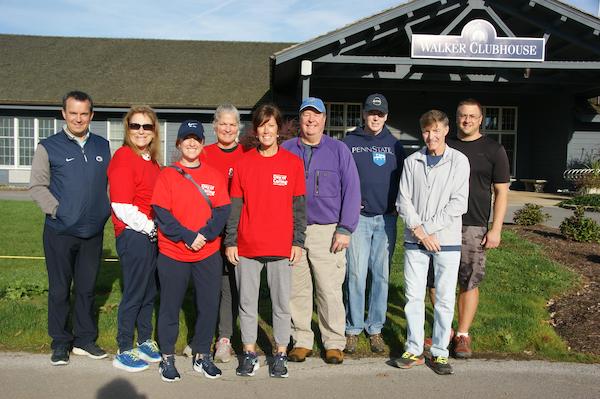 The crew about to head out to do some clearing 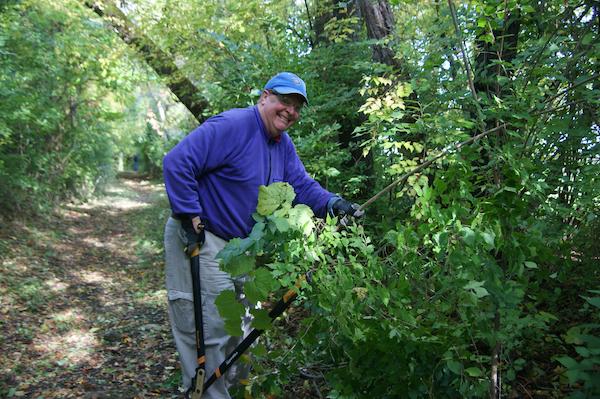 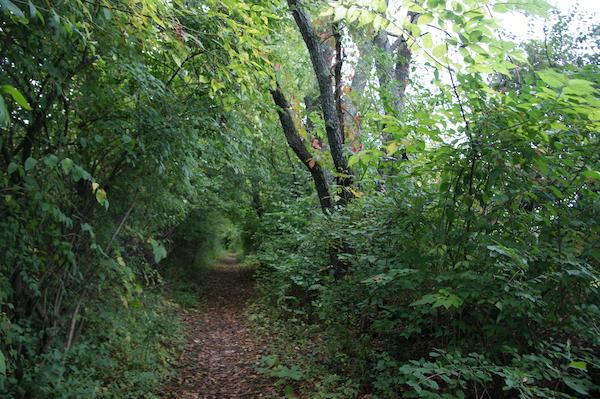 The perimeter path: Before 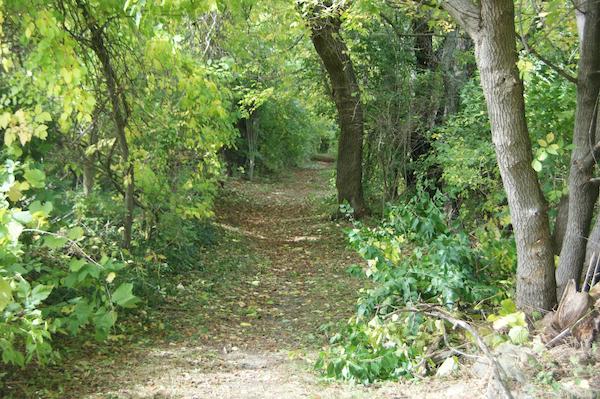 The perimeter path: After 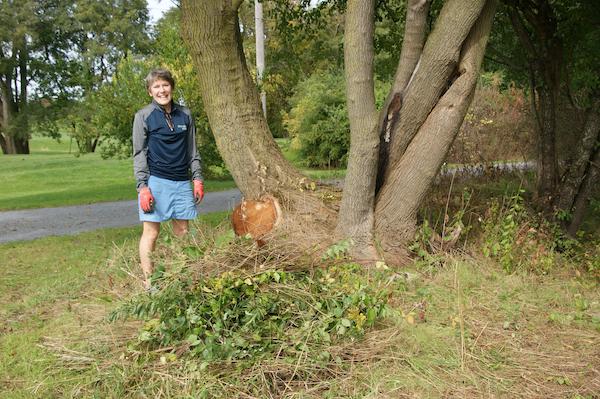 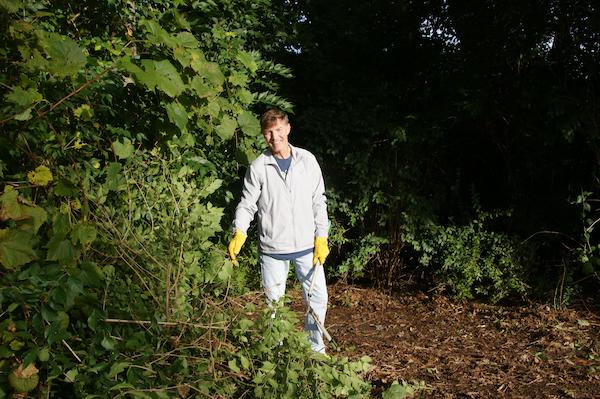 Jim Kisenwether kept on hacking at it 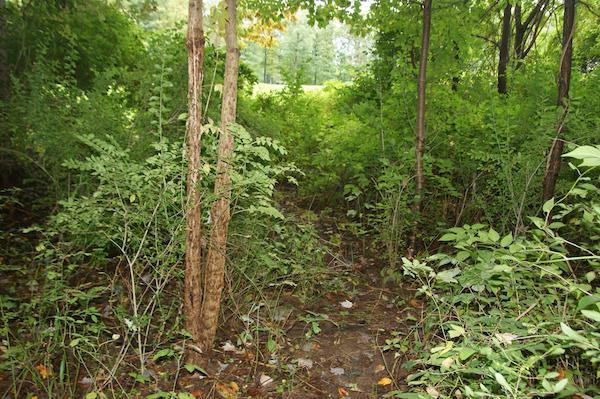 Before: Not enough exit paths from the perimeter path 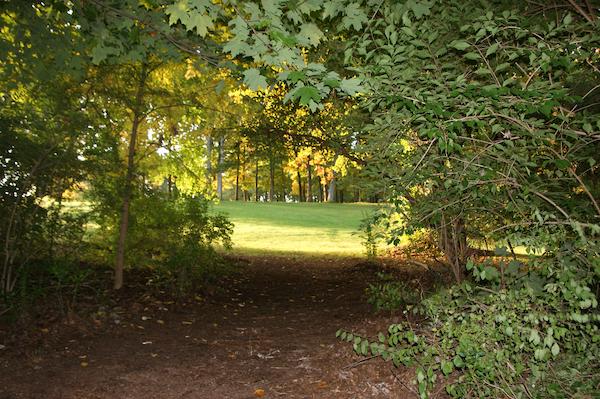 After: A clear way out 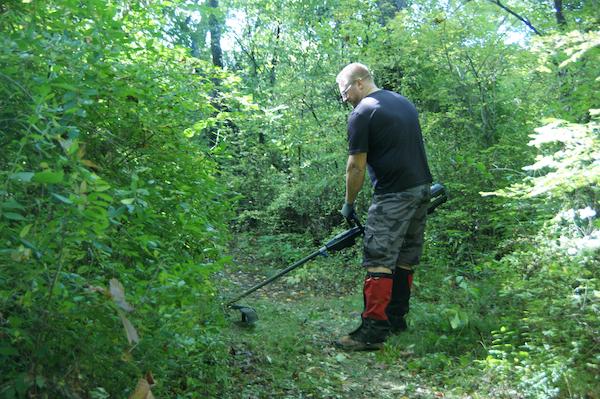 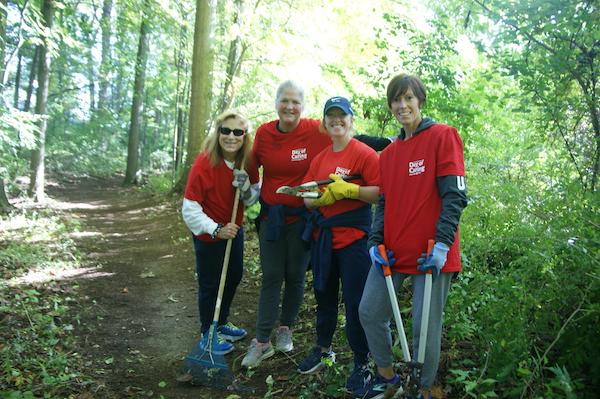 All the volunteers did a great job!