Many of you remember the Mount Nittany Marathon, which was run in our area from 2013 to 2015. The Mount Nittany Conservancy put on the race, and the Nittany Valley Running Club provided advice and support. Marathons are hard to put on (and expensive) because of the logistics of setting up a course, providing directions, and adequate water stops, especially if the race is run in the summer as the Mt. Nittany was. Those were among the reasons that the race was only put on for 3 years.

Occasionally, people ask about the old course. What was it like? How tough was it? The race’s last running was before I moved to State College, and before many of our local marathoners even entered the game, so it was hard to find someone who has run it and remembers it in detail. But, because of these inquiries, we were able to get a description of the old course from Dave Felice. Dave is currently the boys' distance running coach at State High. He is himself an accomplished runner (he was the State Champ in the mile back when he went to State High in the mid-70s). And for someone who is the same age as I am, he’s got a pretty good memory! Here is the course, per Dave’s recollection:

Since getting Dave's course description, we've received other recollections of that race. Despite the time of year that the race was run, with its potential for cold, windy weather, people have fond memories of the race. Fond enough to cherish their beat up old race T-shirt.

Note that the distance as given on MapMyRun is a tad long. It may be because I didn’t quite get all the twists and turns right, or it may be that Coach Harry Groves (who put on the race with the NVTC) didn’t wheel measure it. The course is largely on roads that are favored by local bicyclers: Whitehall, Tadpole, Marengo, and Gatesburg should all ring a bell to bikers. It is relatively lightly trafficked, and there are not too many hills, though it’s certainly not hill-free! The next time you need a long training run, consider taking on part of the old course of the Nittany Valley Marathon. 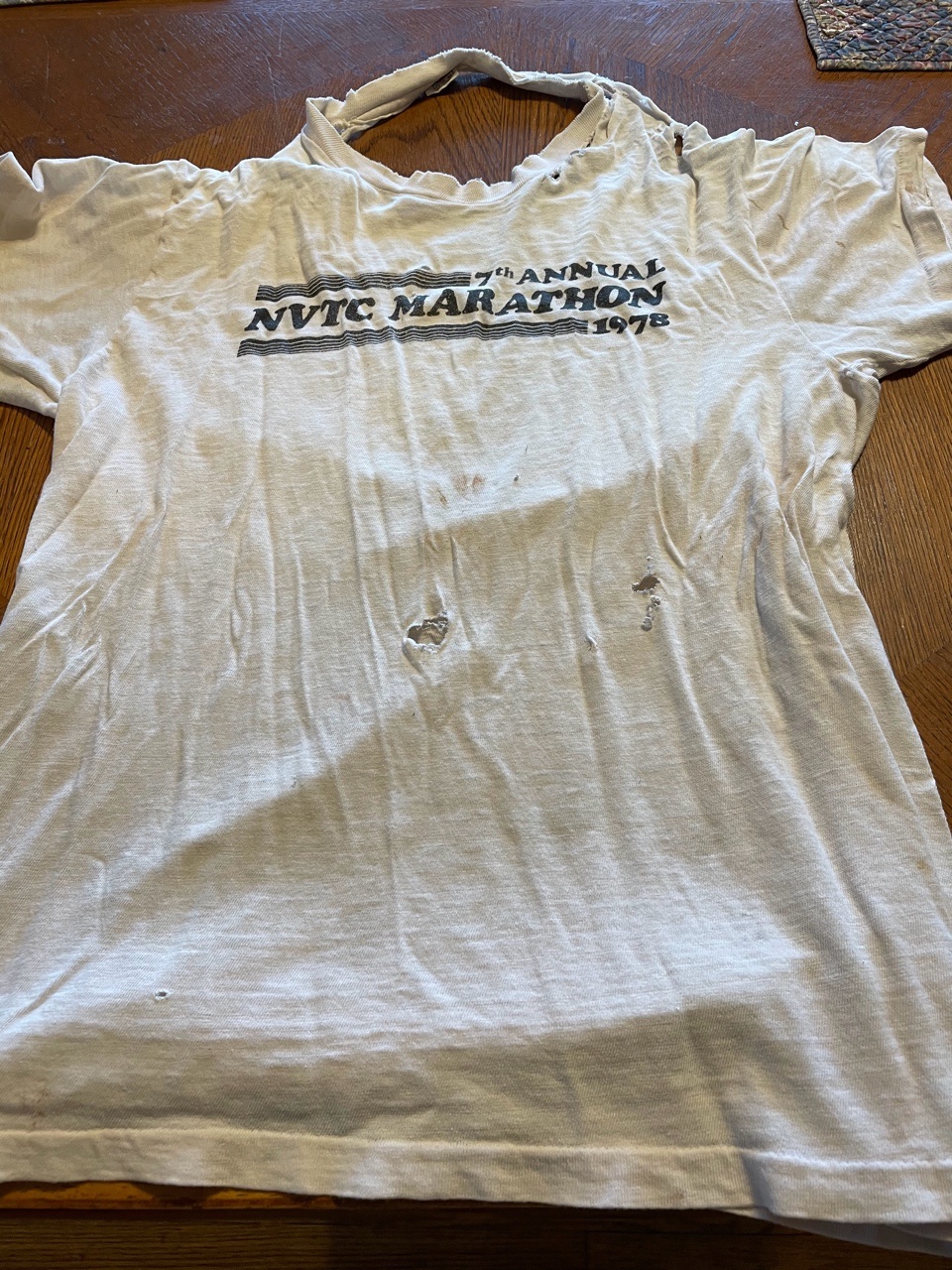