Runners streamed from various burgs around Pennsylvania to take up the long climb on Seeger Road in Rothrock State Forest and complete the scenic Eager Seeger Half Marathon under clear skies and climbing temperatures for late June, thank goodness for the numerous shaded sections of the course.

Recent construction on Stone Creek Road – taking the existing pavement back to gravel – was still curing – cars were not allowed on the road yet, but runners were – and recent rain made the surface for the last 1.3 miles feel spongy soft.

While the RD was doing course marking the evening before, there was a bear on the road at mile 3. Early the next morning, George Conrad was driving to the race start from Huntingdon and saw a bear in the same spot. When the aid station 1 staff passed through, there he was, and when the lead runners arrived there after the start, there he was again, and they paused before he gave them room to continue.

Derek Nye completed his first half marathon after less than a year of running, and had a broad smile on his face afterward. Bravo, Derek!

Don Halke paced the route easily with friend LeAnn Martinez. Halke had a heart attack in 2009 and received 2 stents and a quad bypass. “This occurred 2 weeks after running sub 10 at your Tussey 50!” recalled Halke. Halke had a pacemaker implanted in February 2016. He still runs Tussey, and “dials down” his pacemaker for the race.

Race Director Mike Casper used this race to raise funds for Centre Volunteers in Medicine. Donations supporting Mike’s run can be made through June 30 at https://cvim.ejoinme.org/71633. For more details on CVIM’s work, visit http://www.cvim.net/.

A huge thank you is due to several volunteers for their time and enthusiasm: Adam Ilgen for picking up the Subway subs; Bob and Kathleen Crowe for enthusiastically staffing aid stations 2 and 3; and Brent, Barb, Natalie and Aiden Kelsey for valiant aid station 1 support, photos by Natalie, and dedicated finish line recording. Below are Aiden Kelsey’s rendering of the 3-mile bear, a deer, and a decapitated snake that were all rumored to be on the course.

Special thanks to CaliKline - Re/MAX Centre Realty, Appalachian Outdoors, and Subway Restaurants for their enthusiastic support of this series.

Several great local races are coming up, and the next group runs in Rothrock are not far away.

Runners should also note that the 2017 Discovery Training Series, beginning Aug. 10, will cover the entire 50 miles of the Tussey mOUnTaiNBACK course via a series of low-key group runs on eight consecutive Thursday evenings. A detailed schedule with run distances, locations and driving directions is available at http://tusseymountainback.com/events/mountainback-discovery-series. 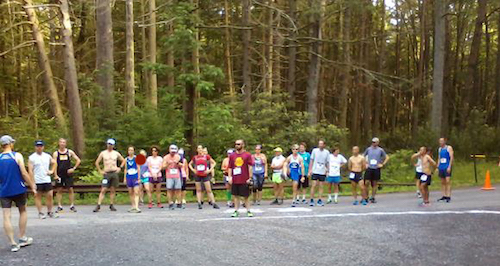 ESHM pre-start: The RD (left) gives pre-race instructions before jumping into the mix 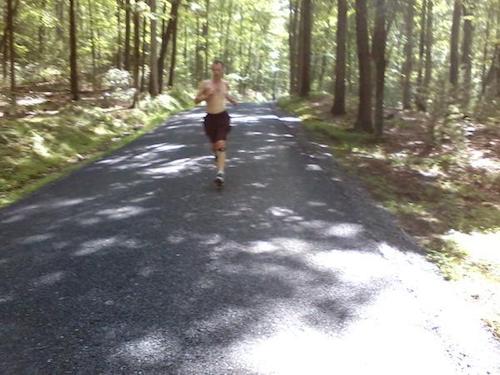 Evan Bressler moves under dappled shade to the finish line 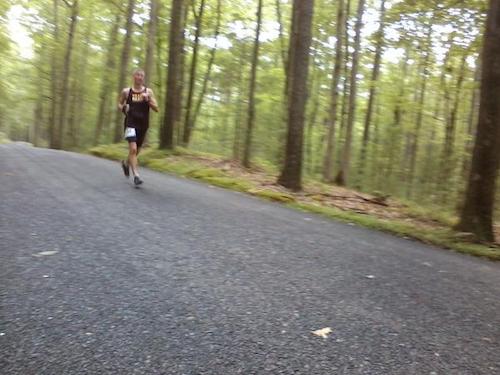 Dean Capone motors toward the finish on Stone Creek Road 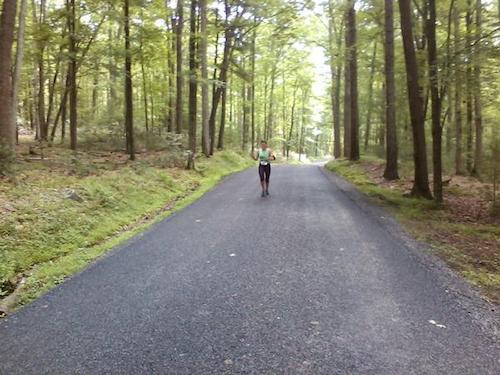 Tari Elkin breezes through the final steps of the race 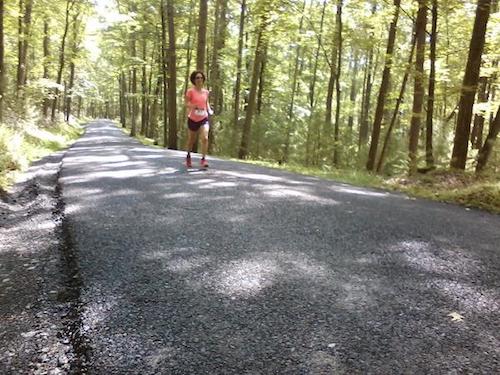 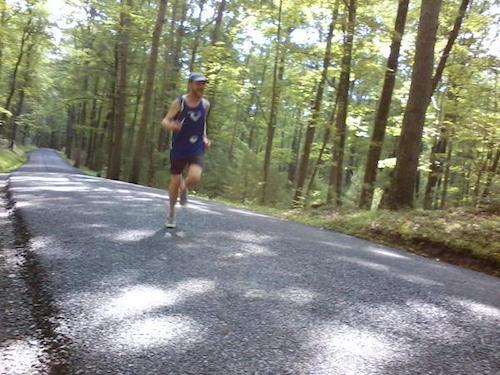 Artist's conception of a bear seen during the race.